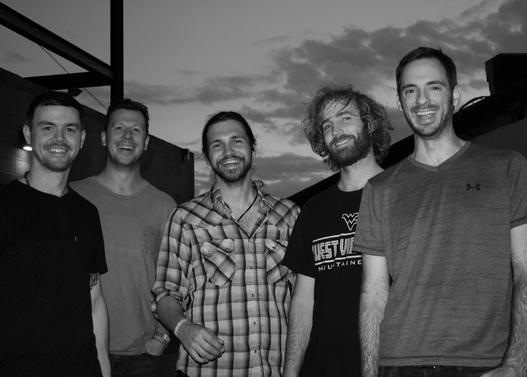 Known for their high-energy shows, the band mixes a fierce rhythmic foundation, dual guitar solos, and an Appalachian tinged mix of genres that makes standing still nearly impossible. By focusing on musical intricacy and creating seamless improvisation, Fletcher’s Grove has captured the imaginations of thousands in the Mountain State and beyond.

"Steeped in Appalachian influences, the four piece group continues to impress with a rigorous touring schedule, highly acclaimed festival slots and more. Their shows never fail to incite a full on dance party..."

"Waiting Out the Storm will sweep you up in its layers of syncopated rockin’ energy and low-down rhythmic pulse."

“Fletcher’s Grove – a five-piece with an ever-growing legion of live-show fans and multiple (really good) albums under its collective belt – are one of those bands that consistently push the boundaries of their instruments and forms, and do it really, really well.”
-Erie Reader

“Fletcher's Grove have become known as one of the hardest working and most prolific live performers around.”
-The Daily Athenaeum

“Since forming for real around 2007, Fletcher’s Grove has become a staple on jam band festivals, and has developed a fan base that allows them to consecutively sell out venues like 123 Pleasant Street in Morgantown.”
-Huntington Herald-Dispatch

“Morgantown jam band Fletcher’s Grove, a staple on said festival circuit, on its 10-song sophomore full-length Appalachian Reaction, presents a nice genre-hopping example of why we, and so many others, dig these kinda bands.”
-The Empty Glass CD Review:  Appalachian Reaction
​
“Their Appalachian flavor is one you won’t soon forget, and you’ll find yourself craving another taste long after the jam ends.”

​"This is definitely a band to put on your radar"